The task force says a two-year investigation into a crime ring targeting RBFCU ATMs revealed the suspects to be allegedly defrauding the local credit union by persuading others to open RBFCU accounts to deposit counterfeit checks.

“Social media is how a lot of these defendants communicated,” detective Robert Wagner said. “Snapchat was a big part of this investigation..”

The suspects would withdraw the funds and then report fraud on the account in an attempt to have the credit union issue a reimbursement. In order for the scheme to be successful, account holders had to share their account information with the suspects. This is known as first-party fraud or first-person fraud, the task force explains.

“They said, ‘Hey look I can make you quick cash all I need is your bank credentials’ and people gave them to them,” Wagner said. “In this case a lot of them willingly did it.”

“First-party fraud perpetrators use “mules” or consumers persuaded to use their information to obtain credit or merchandise on behalf of a larger fraud ring,” the task force adds.

The suspects are responsible for over $80,000 of financial loss.

The case resulted from an investigation by the Tri-County Fraud Task Force, which is comprised of Officers and Investigators from Selma, Universal City, Live Oak, Schertz, Cibolo, New Braunfels, and Guadalupe County Sheriff’s Office.

The Tri-County is asking for the public to help identify a person of interest in the case.

‘We do not know who he is but he’s definitely involved and he’s probably out currently doing it right now,” Wagner said. 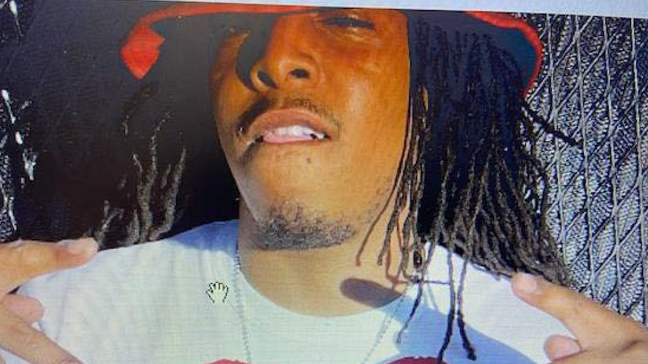 If you have any information, you are asked to contact the Guadalupe County Crime Stoppers at 1-877-403-8477.