Abortion providers in Texas had been bracing for the 5th U.S. Court of Appeals to act fast, even as they booked new appointments and reopened their doors during a brief reprieve from the law known as Senate Bill 8, which bans abortions once cardiac activity is detected, usually around six weeks.

On Wednesday, U.S. District Judge Robert Pitman, an appointee of President Barack Obama, suspended the Texas law that he called an “offensive deprivation” of the constitutional right to an abortion. But in a one-page order, the New Orleans-based appeals court temporarily set aside Pitman’s ruling for now while it considers the state’s appeal.

The court gave the Biden administration, which had brought the lawsuit, until Tuesday to respond.

The Center for Reproductive Rights, which represents several Texas abortion clinics, urged the U.S. Supreme Court to “step in and stop this madness.'” 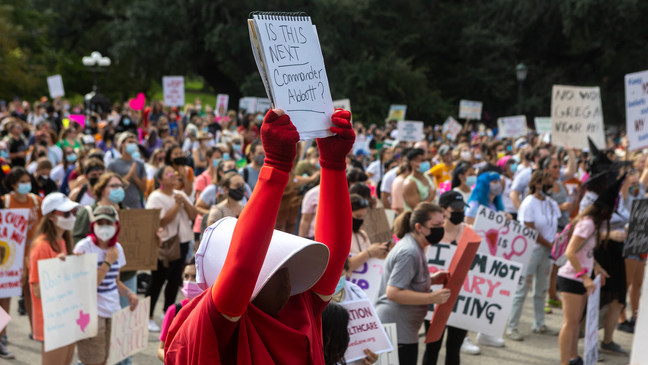 “Patients are being thrown back into a state of chaos and fear,” said Nancy Northup, the organization’s president.

Texas had roughly two dozen abortion clinics before the law took effect Sept. 1, and not all Texas abortion providers resumed services during the 48 hours that the law was on hold. Many physicians had feared such a a swift reversal from the appeals court, which risks putting them back in legal jeopardy.

The new law threatens Texas abortion providers with lawsuits from private citizens, who are entitled to collect at least $10,000 in damages if successful. That novel approach to enforcement is the reason why Texas had been able to evade an earlier wave of legal challenges prior to this week.

The same appeals court allowed the law to take effect in September, and stepped in this time only hours after Republican Texas Attorney General Ken Paxton’s office urged them to act.

His office told the court that since the state does not enforce the law, it cannot “be held responsible for the filings of private citizens that Texas is powerless to prevent.” 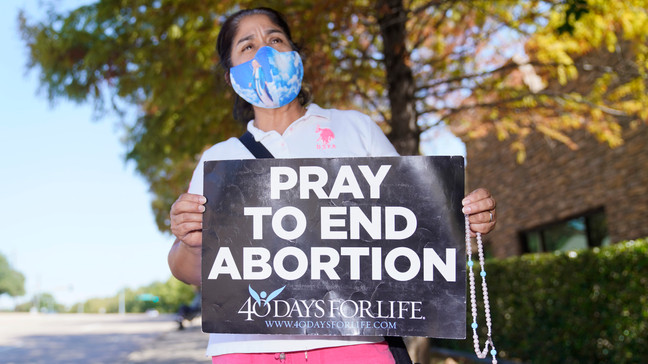 Maria Peña holds a rosary and sign out outside a building housing an abortion provider in Dallas, Thursday, Oct. 7, 2021. (AP Photo/LM Otero)

It is unclear how many abortions Texas clinics performed in the short time since the law was put on hold. On Thursday, at least six abortions providers had resumed normal services or were gearing up to do so, according to the Center for Reproductive Rights.

Prior to Pitman’s blistering 113-page order, other courts had declined to stop the law, which bans abortions before some women even know they are pregnant. That includes the 5th U.S. Circuit Court of Appeals and the Supreme Court, which allowed it to move forward in September without ruling on the constitutionality of the law.

One of the first providers to resume normal services was Whole Woman’s Health, which operates four clinics in Texas.

Amy Hagstrom Miller, president of Whole Woman’s Health, said her clinics called in some patients early Thursday who were on a list in case the law was blocked at some point. Other appointments were in the process of being scheduled for the days ahead, and phone lines were again busy. But some of the clinics’ 17 physicians were still declining to perform abortions, fearful they might be held liable despite the judge’s order.

Pitman’s order amounted to the first legal blow to Senate Bill 8, which had withstood a wave of earlier challenges. In the weeks since the restrictions took effect, Texas abortion providers said the impact had been “exactly what we feared.”

Pitman took Texas to task in his opinion.